Do you want to see the place, where it rains horizontally, guys not always wear pants and the whisky is a most common drink? Welcome to Scotland!

The country of tartan, pipes music, windy days, old whisky and grassy mountains. You can find here beautiful, unique landscapes and haggis, neeps and tatties. The language, called “English”, with the Scottish accent sounds like a different one. There is also Gaelic, a Celtic language, that doesn’t have anything in common with English at all.

My Scottish friend was telling me the other day the story about his travel outside of the United Kingdom. Someone asked him where he was from. He answered, “From the UK!”. The person said, very surprised, “But you don’t have an English accent!”, and my friend, who comes from Glasgow and has a very strong Scottish accent, answered: “Well, I noticed!”. Scottish people have very strong feelings about their nationality, and they don’t like to be compared to England. This might have (or might not) came from the history 😉

Read more: What to pack for Scotland – 4 season packing guide

But before you come to this beautiful country, situated in the north of the British island, you need to know…

5 things about Scotland, that you need to know before visiting

United Kingdom (UK) – it’s the union of four kingdoms, that used to be separated countries in the past – England, Scotland, Wales and Northern Ireland.

Great Britain, however, is the name of the island, where you can find only England, Scotland, and Wales. Great Britain, is the biggest of the British Isles, which also contain Ireland and many small islands, together with Shetlands and Orkneys.

England is one of the kingdoms in the United Kingdom. Sometimes, people call the whole UK England. The Queen and the government are there, with the capital in London. However, mixing those terms can be offensive, especially for people living in other parts of the UK. 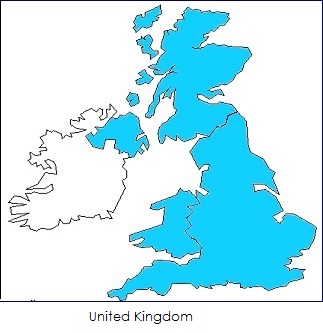 #2 Whisky should be drunk straight

You don’t drink whisky with coke. Not even with ice. Don’t kill the taste, please.

Whisky is a special liquor, made with the secret recipes in many Scottish distilleries. You can say, that whisky is strongly connected to the place, where it was made. Its taste depends on the water used for the production, type of the barley and the air infiltrating the alcohol from the burnt wooden barrels.

Scottish whisky is to be drunk straight, without any additives, in a small glass, preferably of a tulip shape. You can start the sampling of the liquor from checking the smell. In comparison to most of the other stronger alcohols, the smell of whisky is nice and sweet. Depending on the whisky type it can vary from the aroma of a bonfire or smoked meat, going through fruit and spicy scent notes to the flowery and honey ones. If the specific type of whisky contains a lot of alcohol, you can make it smoother by adding a few (just a few) drops of water.

Traditional kilt most often made of woolen cloth with a tartan pattern – specific for each clan, is worn proudly by Scots, mainly for special occasions. The legend says, that the traditional way of wearing it, is without anything underneath 😉

Read more: Why you should visit Scotland in autumn

#4 Real breakfast needs to be fried and oily, with meat and beans

Breakfast, as the main meal of the day, needs to be big. Its tradition comes from the old times when farmers were going to the field to work early in the morning. Their only meal that day was going to be breakfast, so they needed it to give them a lot of energy.

Scottish breakfast is very similar to the English one. It contains bacon, toasted bread, eggs, sausages and beans, has black pudding, but it can also have some extra elements, such as fried potato pancakes.

One of the other famous dishes in Scotland is haggis. It is a type of pudding, that contains sheep’s pluck minced and mixed with oatmeal, onion, and spices. Usually encased in the animal’s stomach. Although it doesn’t sound very nice, it is delicious.

#5 Ginger is not the colour, it’s the character.

It’s true, that in the British Isles, ginger type of hair is the most dominant in comparison to the other European countries. Even the cows are ginger.

However, the amount of ginger people is not that big. Recently, there has been a research stating that the ginger people are starting to be replaced by people of other hair colors.

Scotland is a special place and Scots are unique. Despite the fact, that it is often rainy and windy, it has its own charm, and people, that live here can brighten even the most cloudy day. Aye!